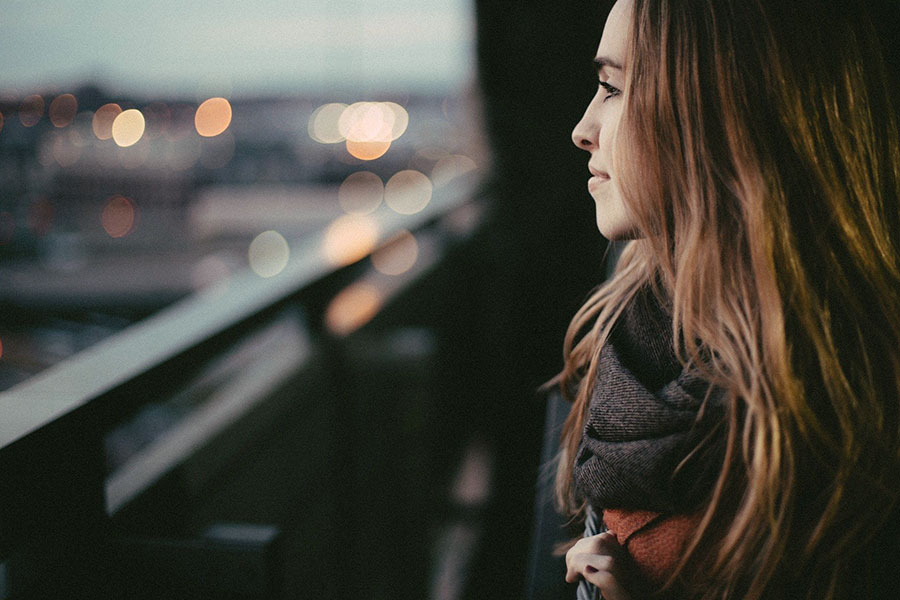 To be face-to-face with myself is where I want to be so that a perfect connection can exist between my self and my Being. To live consciously is to juxtapose my Being with my self in an infinite dance where I turn continually inward, while renewing myself each second.

Even if he stares at a blank wall for hours, the one who lives in a willfully conscious way is never bored because he is in touch with the invisible. He knows when and what someone thinks of him. He perceives subtle details that are invisible to the common man. While the one who is asleep may feel like he will go insane by doing nothing, the man who is willfully conscious jumps for joy at the occasion. He takes advantage of the moment to be attentive to his feelings and impressions. He emerges from this period of silence expanded and inspired, while the one who is asleep feels like he wasted his time.

The sleeping are barriers to those who wish to shed limits and live consciously. They irritate me at times, but in the end, I know that in spite of their best efforts they facilitate things for me on the subtle levels of consciousness. By challenging me incessantly, they force me to stay vigilant and attentive. I could, of course, leave society and lock myself away in a monastery, but if I did, I would feel only half alive. I would be concentrating on a primordial aspect of my consciousness, but I would miss its essence.

You have to be able to handle anything the cyclone of life hurls at you if you want to stay awake in the city. The chaos of the modern world does not perturb the one who lives in a willfully conscious way because he is anchored in the abundance of the infinite. Is there anything more difficult than staying centered on the essential while sitting at the core of a maelstrom that incessantly threatens to engulf you?

To take everything means to pursue all my desires and satisfy them. For this I must forgo morality and trust in my own ethics.

Thanks to his personal ethics, the one who lives in a willfully conscious way follows his Being, like a plumb line that points invariably toward the center of the Earth. If he rejects morality, it’s because it herds the masses toward conformity, toward the basest common denominator. Morality is a general law that opposes all forms of individuation. Like the universe, whose physical laws don’t apply in a black hole, enlightenment is nowhere and everywhere at the same time, and doesn’t follow the general law. A black hole, like the enlightened one, has its own laws that are based neither on the opinions of others, nor on what is considered normal.

Awakening is an unnatural act. I felt most strongly I was defying the general law after I had a vasectomy. I thumbed my nose at my evolutionary warm-blooded mammal nature, that which has as its be-all and end-all to reproduce and never lift its head to ask the real question: “Am I here as a cog in the evolutionary machine, or to realize my true nature, which is something else entirely?” By getting a vasectomy, I answered the question once and for all. I lifted my head and embraced the higher path. I chose myself instead of investing time and energy in others who were starting at zero. Some find me egotistical: I call it being centered. I have understood that at the subtlest levels of reality, we don’t beget children in this primitive way. There are, in fact, other ways to create life.

For me, the vasectomy was a willfully conscious act of liberation. I knew that nothing would be the same afterward. No longer having to worry about involuntarily inseminating a woman helps me see them as individuals rather than breeders. Now I can participate in enlightening sex, which has nothing to do with the procreative act that brutish man shares with animals. The vasectomy—unnatural act that it is—liberated me from my animal nature.

All unnatural acts lead toward a willfully conscious life. It is by sprinkling my life with acts that fly in the face of the general law that I have the best chance of crystalizing in me a permanent center of gravity. Why? Because nature is stupid and doomed. It is the symbol for all that is ephemeral and impermanent, while enlightenment is a permanent state that has no use for time and space.

To constantly ask myself what the majority thinks—and do the opposite—is the only way I can remain in the truth. When a mass of people move in a direction, it creates a slipstream. I could fall in behind and let myself be dragged along, but I’ve realized that this mass of sleepers is controlled by greater powers that do everything possible to have them conform and forget what is essential. It’s therefore in paddling against the flow like a man possessed that I can stay awake, because there are no wayposts or user manuals. I create myself each second. I am ready to break the mold and start afresh—such is the confidence I have in my own creativity.