I will myself to consciousness 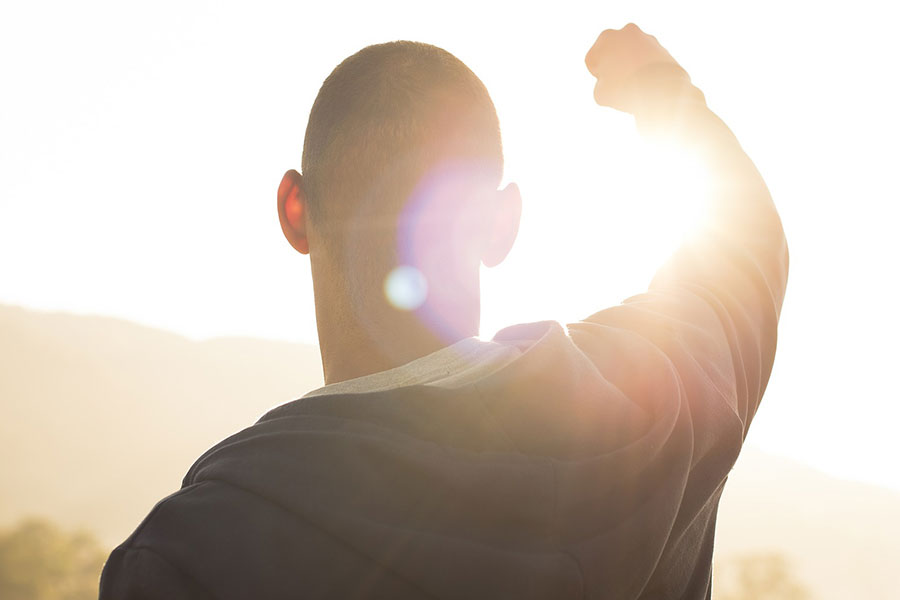 I will myself to consciousness. It is a decision that concerns me and me alone. I believe this is the only way I can remain in an awakened state; so I journey into the infinite without looking back, without compromise and without ulterior motive.

The only way to be truly alive is to be willfully conscious. It has to become a fixation. Everything brings me back to this desire. Living in a willfully conscious way allows me to see the world through the eyes of the Living God. This perspective, rich and glorious as it is, gives me the strength to face the truth, as painful as it may be.

To be willfully conscious is to surrender to what I Truly Am, to fully manifest my consciousness. This may seem simple at first glance, but once you dedicate yourself to it, you quickly run up against the general law that today’s moral majority considers the norm. To live like this, at crosscurrent, you can’t be afraid of being mocked. In fact, you can’t be afraid of anything, which is an indication that you have nothing left to lose.

Consciousness, as a realm of manifestation, creates a limited context like that of the visible world so that it may become conscious of itself. Limits allow it to better experience its infinite nature, like a reflection in a mirror. The individual who is willfully conscious experiences his own consciousness; he feels it vibrate, then, through an unnatural act, fixes it in the relative by all means possible. But the general law is there to keep him from it by making sure he remains asleep. It takes a strong will to defy the general law. For those with nothing left to lose, only consciousness matters.

The one who is willfully conscious is no longer just a pawn in a chess game; he has, through an unnatural act, freed himself from it and observes the game from the perspective of the Observer. He plays the game in his own way, neither pawn, nor player. He is content to be. The world whirls around him but doesn’t disturb him.

He who is willfully conscious toils to stay vigilant even during the interminable plateaus that may characterize his human life. These plateaus are major obstacles because they are, indeed, a component to the general law. Their monotony may cause him to lose his vigilance. At these times it behooves him to create ways to make his life more dynamic—to incite change when necessary. He is aware that routine kills genius, so he must know how to move on wisely without being attached to the past. Though concerned about the future he lives centered in the here and now.

The eventful and busy times are not the most dangerous for the one who is willfully conscious, but rather those periods when routine lulls him into relaxing his vigilance. If you drop a frog into a pot of water and slowly bring it to a boil, it won’t feel the difference in temperature, and, little by little, it will surrender instead of leaping from its casket to safety. Such is the life of those who prefer comfort and stability. They slowly fall asleep, forgetting they are prisoners, until they completely abdicate. They are dead before even having begun to live.

A warrior and a soldier are not the same. The latter is asleep and follows orders without thought. The warrior, on the other hand, is his own master. He rarely fights. Because he is willfully conscious, he is elsewhere when the tiger passes.

The warrior lives in the here and now. He is free from his own past; he has burned all those bridges. His gaze is turned inward, from which he sees all, effortlessly, through the panoptic of his thoughts. If he is concerned about his future, it is only to give himself direction, like the backbone does in the human body. He doesn’t live in this future, but rather in the infinity of possibilities that present themselves to his free consciousness. The warrior lives in a willfully conscious manner; it’s the only way he can be attentive to all the signs that allow him to stay centered on the essential.

To live in a willfully conscious way calls for a healthy dose of audacity. It is imperative to push back limits unrelentingly so as not to fall into routine and lose vigilance.