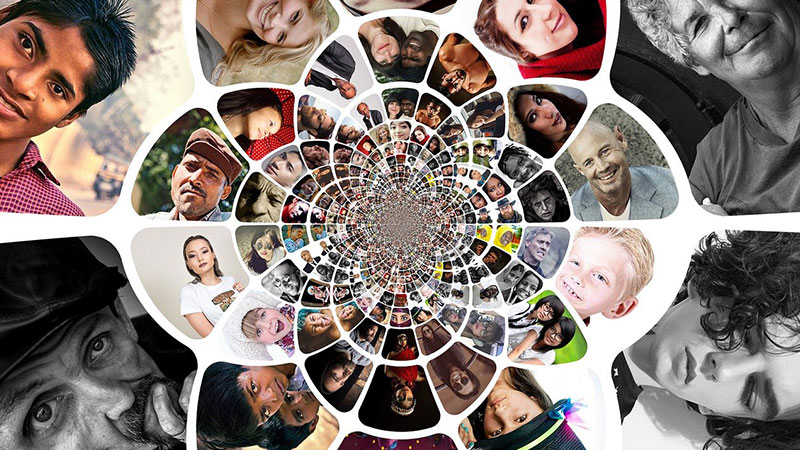 The quality of rhetoric emanating from the psychedelic community must improve radically. If it does not, we will forfeit the reclamation of our birthright and all opportunity for exploring the psychedelic dimension will be closed off.
– Terence McKenna

In the beginning, there was the community. When Homo sapiens emerged in Africa 150,000 years ago, or so, they lived in close hunter-gatherer communities of about thirty people including men, women and children. It was this type of kinship that allowed humans to develop on earth. For the individual, existence without the community was unthinkable, even impossible. Banishment meant death.

In the modern era, community links should be tighter; isolation is the major cause of disease. Support groups have shown how beneficial they are to participants. The search for community is universal. There is something magical about all intensely linked people, working or playing together… the feeling of being in the world while apart: apart/together.

I intuited my community for a long time. I am radically different from the majority, and I always thought I would one day find people who are like me, with whom I could share and exchange with ease. A sense of communion grew in me through my meetings with other psychonauts.

When I was twenty-eight, I created a discussion group on psychedelics while remaining open to parallel themes like religion, spirituality, psychology, metaphysics, philosophy, new paradigms… in short, all the topics I craved to demystify. I was hosting a weekly open-mic in a café-bar at the time, when I proposed to add my weekly discussion group about psychedelics. My deep desire was to discuss and share my recent experiences and ideas on the subject. I was studying a lot because I wanted to understand everything – to banish ignorance once and for all. My head was bursting with theories that I wanted to put to the test and integrate. Were my experiences genuine? What did science say? What about spiritual masters? What is the link between the psychedelic-induced mystical state and enlightenment? What is realization? Where do holographic visions originate? These were some of the questions I answered for myself through sharing and exchanging with others who had similar and corroborating experiences.

The creation of the discussion group coincided with the opening of a store specializing in ethnobotany in Montreal, the Psychonaut, which sold, among other things, legal entheogens. In fact, it was this event that inspired me to move ahead with my project, because it was thanks to the San Pedro cactus purchased at this friendly shop that I had attained ecstasy… a stirring… an invigorating wind of freedom. When I was inevitably going to be asked for help finding psychedelics, I would be able to send them to this shop. I was not lured by profit, but a desire to share my experiences and make friends.

It is good to tie off psychedelic experiences – and the profound revelations that result from them –  through discussions and meetings with other psychonauts. This allows the integration of experiences in everyday reality. For a tree to grow to splendid heights, it must first grow strong roots. Discussion helps rationalize the abstract and destabilizing experiences, share impressions and discover new ideas.

The internet facilitates the creation of discussion forums and websites in order to focus the community and awaken it to itself. Every month I organized a video presentation and a community dinner at my place. I eventually took part in psychedelic ceremonies in small groups. I grew from this.

In 2008, looking to renew myself, I took my discussion group to the virtual 3D reality of Second Life. In discussing with people from all over the planet I was able to confirm that the psychedelic experience is universal.

My discussion group allowed me to meet people of all ages: students, geniuses, philosophers, hippies, ex-hippies, shamans, schizophrenics, borderlines, spiritual masters, healers, etc. Remarkable meetings took place where I got to know extraordinary people, some of which become close friends. I also saw that most of the young people present used entheogens recreationally, out of curiosity, while most over twenty-five used them for personal growth and spiritual work.

Psychedelic users are dear to me because they generally enjoy a beneficial blend of spiritual intuition and scientific pragmatism. Most, having in large part already had transpersonal and mystical experiences, are open to metaphysics and philosophy while keeping a keen interest in the scientific aspects and research in the field.

[… ]Acid is not made for all brains…. Only those who are healthy, happy, whole, beautiful, have a high velocity, are filled with hope and humor should seek out these experiences. This elitism is completely self-determined. Unless you are confident in yourself, self-directed, and self-selected, please abstain.
– Timothy Leary

The psychedelic community is a selective and private family. Its members are workers of the invisible and have no need to be stage front and center to do their work. Only a small fraction of the population has the aptitude to work with tools as powerful as entheogens. Traditionally, shamans and sorcerers are the ones who use them in indigenous tribes. They receive their knowledge from a long line of teachers and make use of their visions to heal and guide the tribe.

I am not here to convince anybody, but rather to ensure that those who receive the call have someone to talk to and have the relevant information. My approach may seem marginal, but it remains no less relevant in a society just waking to consciousness and spirituality. Psychedelics contain many answers to existential and metaphysical questions, and so it is beneficial for some to take this path to enlightenment. Ouspensky quotes Gurdjieff in his book In Search of the Miraculous: Fragments of an Unknown Teaching: “There are schools which make use of narcotics in the right way. People in these schools take them for self-study; in order to take a look ahead, to know their possibilities better, to see beforehand, ‘in advance,’ what can be attained later on as the result of prolonged work. When a man sees this and is convinced that what he has learned theoretically really exists, he then works consciously, he knows where he is going. Sometimes this is the easiest way of being convinced of the real existence of those possibilities which man often suspects in himself.”

But still today, some grant themselves the privilege to prevent others from accessing the psychedelic experience. No matter what medium I use to awaken, my consciousness belongs to me. I will not let anyone program it without my knowledge… the more so if they try to stop me from reprogramming it myself. Those who oppose most violently the use of psychedelics generally do not know how to reprogram themselves intelligently. They are prisoners of programming imposed by morality, institutions, family, society, the media, etc.

Governor of my being, I am my own creator, my self-programmer, and that shocks the objectors to consciousness. When we are free, we do not deviate from our path and we let others freely travel theirs. When we are in the right, those who try to block our path may be in for a rude awakening. We are an ancient family, and we have seen it all. This planet is everybody’s and we must live on it in harmony. Many abuse the socially approved narcotics – alcohol, tobacco, drugs, television, etc. – those that the plutocratic manipulator machine promotes to keep the populace docile, and these drugs cause a host of problems and innumerable fatalities because they promote neither harmony nor wisdom.

The presence of an intuitive and creative few is vital for the deployment of humankind. This upsets the politicians and the Church who want to control spiritual life, education and mental health, when in fact, a couple of successful psychedelic experiences are enough to experience the divine. That was evident in the sixties when hippies rebelled against war and turned to sex, drugs and spirituality. Psychedelics rang the inner alarm bells and once their eyes were open they no longer wanted to shut them.

I am not fooled: I do not vote. It is not by voting for a political party that I exercise my power, because if voting could really change something, it would be illegal. The democracy of politicians is a scam, so let’s start now the real work of harmony by focusing on the truth. By not voting in elections, I affirm the primacy of my freedom and my desire to be my own master. If I am active, creator of my own reality, while promoting my community by changing myself, I am helping to change the world. Of course, once the sages come to power I will revise my stand. Until then I will give my attention to my community. In contrast, the sleeping herd wrongly imagine that politics and religion support them. But bridled by the fatherly figure who usurps the reins, they compromise themselves by accepting tasteless and empty food and renounce their freedom and the possibility of waking from this crazy nightmare once and for all. If each community made an effort to make their constituents happy and fulfilled, we would finally enjoy ourselves on this planet instead of suffering. We would only have to work two hours a day instead of eight, and the rest of our time would be dedicated to leisure and culture.

I have no need of an authority father figure. No, thank you! I create myself, program myself, then dare shatter all the programs in one act of wholesome liberating folly. My presence is a presage of colossal changes that will capsize this rotting tub called civilization. The centralist society collapses and leaves room for individualistic communitarianism. Rediscover joy in life! Live in tribes surrounded by friends of your essence! The community is the basic cell of the new world.

I urge you to think for yourselves, to create, to invest every movement with consciousness, to be with those who share your values, vision and dreams, and to refuse to compromise. And if you believe sincerely that psychedelics can help you… welcome to our beautiful family: the Psychedelic Community.