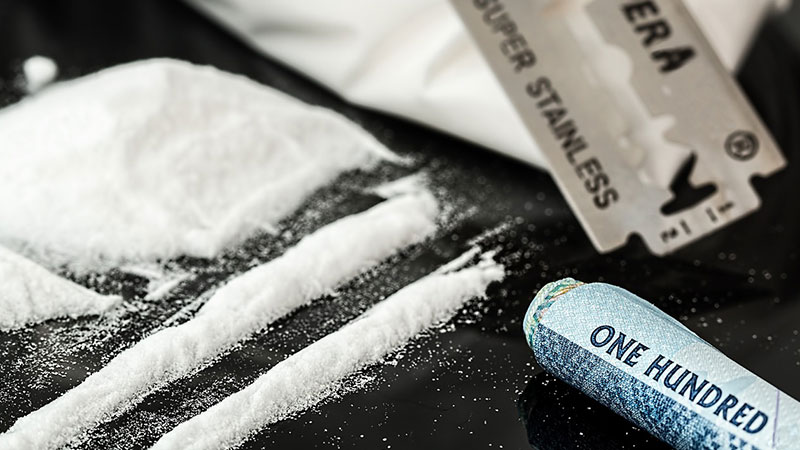 The pro-psychedelic plant position is clearly an antidrugs position. Drug dependencies are the result of habitual, unexamined, and obsessive behavior; these are precisely the tendencies in our psychological makup that the psychedelics mitigate. The plant hallucinogens dissolve habits and hold motivations up to inspection by a wider, less egocentric, and more grounded point of view within the individual.
– Terence McKenna

I have never been attracted to hard drugs. The happiness and creative violence within me have kept me away from their deadly influence. Hard drugs are analgesics, a very different family from psychedelics, and include heroin, cocaine, opium, crack, morphine, but also alcohol, antidepressants and the infamous Ritalin given to hyperactive children to neutralize them. Psychedelics instead put us face to face with ourselves, promote personal growth and self-creation. They are benevolent and wise. Hard drugs, in contrast, block any possibility of growth by numbing the user. The junkie no longer suffers, not because the pain is gone, but because it is hidden behind a numbing of the senses. Hard drugs mask pain temporarily. But they offer no solutions, do not heal and do not give anything in return. They certainly provide a momentary well-being, but they are merely putting the user’s problems on standby.

The use of hard drugs is a relatively new historical phenomenon, and their presence reflects the great ignorance of modern society that lauds superficiality, quick fixes, science… the finite. Christianity has made a horrible mess of things for over 2000 years, culminating in a collective suffering engineered by the absurd feeling that we are prisoners of matter, a subject existentialists have addressed. Jesus taught millions of believers to suffer… and they have continued to suffer from it to the core as if it were the path of liberation. But there comes a point when people no longer want to be prisoners, crammed like feedlot cattle in filthy pens, working sixty hour-weeks without ever taking a moment to relax, think, enjoy. They can then either look to psychedelics for visions and advice, or abdicate and numb down so as not to feel the pain of existing in a reality that has no more meaning, which tramples them while treating them like numbers and isolates them in order to dominate them. The former respond like warriors, the latter, victims. It is unfortunate that the victims dependent on destructive hard drugs are thrown in the same lot as explorers who use entheogens to find the truth in themselves. This is a finely orchestrated ploy by those whom this confusion benefits the most. “Despite thousands of years of use of visionary plants in indigenous cultures around the world for spiritual ends, modern governments, with few exceptions, have tried to suppress the use of consciousness-raising plants and chemicals by classifying them, along with dangerous narcotics and stimulants, as addictive – which they are not – and as having no social value,” aptly wrote Ann Shulgin. What a boon it would be to replace as soon as possible the “Just say NO!” of the American anti-drug propaganda campaign by the “Just say KNOW!” of the psychedelic community. Replace prohibition with openness and understanding.

According to Timothy Leary, legal hard drugs accepted and controlled by governments activate the mental circuits of the brain (mythical and rational). That is why hard drugs like antidepressants, alcohol, Ritalin and all derivatives of cocaine are so easily accessible. These substances have a disastrous effect on the nervous system, which is not designed to accumulate such tension. Heroin, crack, amphetamines and cocaine are in the same family of drugs doctors use to anesthetize patients before surgery, and those prescribed by psychiatrists to reassure their customers and fulfill their pills quota. This illustrates how modern man came to be imprisoned in matter and why he has lost all hope of escape.

Many people harshly judge junkies struggling with addiction without even noticing that the drugs they use themselves are from the same family, and that they are addicted, as well. For hard drugs are everywhere… though it is still necessary to recognize them.

Still, we should not throw the baby out with the bath water. So let’s not put hard drugs in the trash under the pretext that they are destructive to everyone. Nietzsche’s words are apt here: “The poison from which the weaker natures perish strengthens the strong.” Remember that many of the best jazz musicians of the twentieth century – Miles Davis, Charlie Parker, John Coltrane, Dizzy Gillespie – were notorious heroin users. Some of them lost their lives to it, but they created works of immense genius. Aleister Crowley, mystic and occult writer, also descended into the hell of heroin, but he managed to remain in control of himself. His 1922 novel Diary of a Drug Fiend tells a story based on his own experiences with drugs. Geniuses like Baudelaire and Cocteau also smoked opium, whose vapors inspired delicious verses and deep reflections.

I prefer to constance, to opium, to nuits,

The nectar of your mouth upon which love parades ;

When toward you my desires set out in caravan,

Your eyes are the cistern that gives drink to my cares.
– Charles Baudelaire, The Flowers of Evil

William Burroughs, writer and famous junkie with an encyclopedic intelligence, wrote The Naked Lunch between 1954 and 1957 while living in Tangier, Morocco. Written largely under the influence of hallucinogenic drugs, heroin and cocaine, the first version of Naked Lunch took the form of piecemeal, shapeless and obscene notes rearranged at times using the cut-up technique. This work depicts the nightmarish descent into the mind of a junkie by transcending the classical form of the novel, by destructuring it, by brutalizing it along with its content. He gives flesh to his drug-induced allegorical ramblings by way of forms ranging from science fiction to tragedy; by exploring body modifications, homosexual orgies, plots and scary creatures – all taking place in a strange country, home to all the madness: Interzone.

Many great geniuses have used hard drugs to nourish their creativity. These are beings of superior intelligence, and following that path means constant danger, a proximity to death that few can bear. This, in effect, is also what inspires them, forces them to violently push back their limits and also what sometimes makes them lose themselves. But the artist is immortal when he leaves a work behind that bears witness to his exploits, his contortions and his reckless stunts that place him on the cutting edge and undermine general law. Hard drugs do not forgive – a misstep and it’s perpetual hell. One must therefore be a formidable warrior to play with fire like this. As William Burroughs put it, “I travel so far that one day I will not return.” But though it is not necessary to be auto-destructive to create a work of genius, their sacrifices are never in vain because they serve as an inspiration to the rest of humanity.