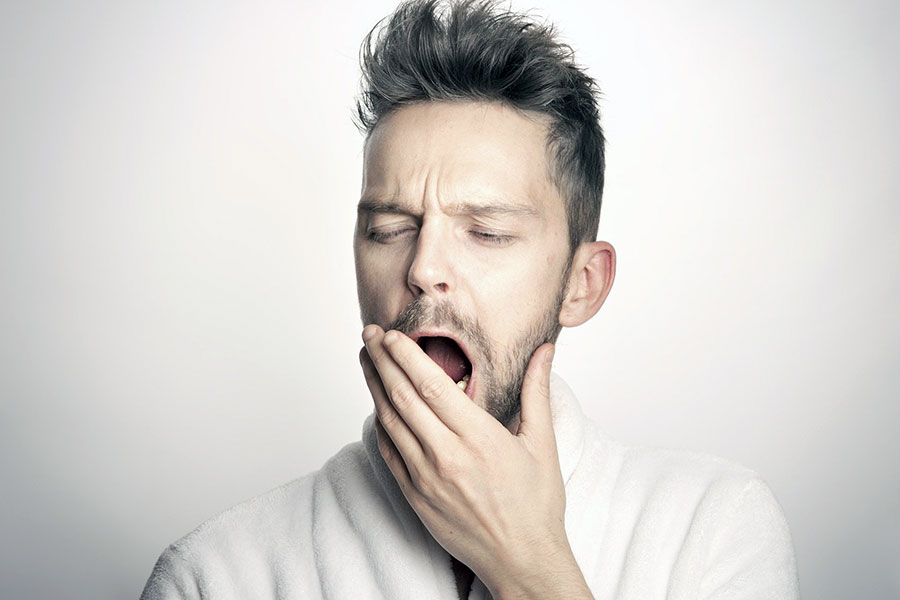 The more habits a man has, the less free and independent he is. [Immanuel Kant]

I am sometimes numbed by habits that make my thoughts fuzzy and incapacitate my ability to see reality clearly. “Habit is torpor, or at the very least a weakening of the consciousness of time,” wrote Thomas Mann. Humans are in deep sleep and insist on transforming their earthly life into one hopeless habit after another. To remain attentive and alert, I give myself not only the means to remain voluntarily conscious every moment, but through a fierceness of will I manage to radically transform myself every time I am about to fall back asleep.

The only habit a child should pick up is to not acquire any. [Jean-Jacques Rousseau]

Habit is the enemy of the warrior. It dulls his attention, his alertness, his reflexes and intelligence. Those who see the universe through a veil of habit are unlikely to awaken. Enlightenment is the exception that confirms the rule, it is an unnatural act. Habit levels everything to the common denominator: it is the analgesic that circulates in the blood like an invisible hypocritical poison.

I am ever watchful of this danger that would make my art dull and tasteless. “Art is devoted to the murder of habit. The artist accepts the responsibility to wring its neck,” wrote Jean Cocteau. A robot works mechanically and without inspiration, while great art, on the other hand, emerges from the privileged position geniuses have when they create. They allow themselves to see from a new angle everything around them, what they feel and what they see. Change is invigorating, it makes one attentive and vigilant. Outpourings of inspiration are common at times when everything readjusts, rebalances itself. It is during chaos that clarity suddenly descends, that a luminous silence displaces thought.

[…] In fact, psychedelics break the habits and “patterns” of thought, allowing individuals to inspect and assess the structures of their lives. [Terence McKenna]

Psychedelics break up routine by disabling the mind for a few hours and allowing the user to delve into the more subtle aspects of being where language and rationality are obsolete. During a psychedelic experience, I hear my Being better when it talks to me, when it suggests changes and removes my conditioning. This brings me to voluntarily change the angle from which I see myself, defusing at the same time my beliefs regarding the world. In short, I learn to get back in contact with the intuitive, elusive and unpredictable dimension of my being, which happens only with a ferocious resolve.

Carlos Castaneda describes the concept of the “assemblage point” in his works. When he least expected it, Don Juan would give him an energetic slap at a specific point on his back, shifting his assemblage point and putting him in an altered state of consciousness. This allowed him to See rather than just look, like the majority of humans do.

I often shift my assemblage point to keep routine from putting me to sleep. I am alert at all times and remain detached, but when routine gets the better of my vigilance and I cannot shake it off, I know a stimulant can help me. Thus, I remain ready for action while being able to wait an eternity, like the cat stalking its prey. Too much concentration exhausts our alertness and tenses us, while being too relaxed keeps us from being present enough to attack the prey quickly. It is therefore beneficial to reach a state of overall watchfulness, a balance within imbalance. It should be noted here that hunters from many indigenous societies take small doses of psychedelic substances to increase their performance. It boosts their concentration and makes their vision more precise.

I occasionally use marijuana to break routine. I will smoke every day for a week while completely immersing myself in a new episode of my comic, Abstractions. I will then stop for a few weeks, only to begin the process again, so that it does not become a habit. I make sure to break my habits to allow myself to see reality more clearly. I take notes compulsively of what I see, what I feel, enjoying that moment when my perception is renewed. I am alive, attentive to every detail, smell and feeling, without getting lost in an experience to the point where I forget myself. By breaking habit I tear the veil that threatens to obscure my vision. “Discovery,” Arthur Koestler said, “is often the revelation of something that has always been there, but that habit kept hidden from view.”