Neither Natural nor Synthetic (2/2) 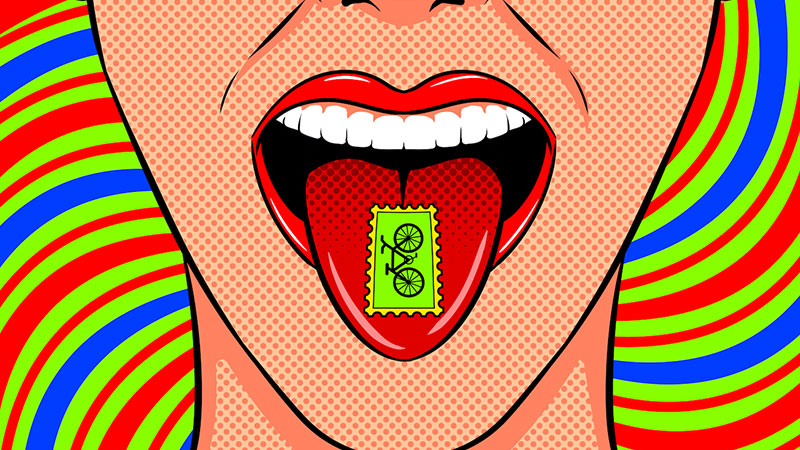 The Serenity of Synthetics

Synthetic drugs, often called designer drugs, are psychotropic substances synthesized artificially, as opposed to plant-based (hashish, opium, cocaine), or semi-synthetic drugs (heroin, LSD). Made from ingredients manufactured by the chemical industry, synthetic drugs have seen a considerable increase in popularity in recent years. The number of consumers is now second only to that of cannabis among illicit drug users.

The most common of these substances include notably the amphetamine-type stimulants and their various derivatives (methamphetamine, MDA, Ecstasy, etc.). I will focus more specifically in this chapter on the family of psychedelics or hallucinogens (2C-B, 2C-I, 5-MeO-DMT, DPT, DOB, etc.) that I consider most beneficial to the awakening of consciousness.

Synthetic drugs offer access to vast unexplored realms. Here, psychonauts are adventurers, heroes, stuntmen or kamikazes. A large number of designer drugs continue to be invented every year. Alexander Shulgin alone has created over two hundred psychedelic molecules. The invention of these substances is unprecedented in the history of mankind, and little research has been carried out on them. Failure to obtain all legal permits and approvals necessary to conduct research on these substances means that scientists, therapists and all those who have something relevant to write about them cannot publish the results of their research without fear of reprisals.

Fortunately, since the early nineties, the legal noose has loosened a bit. Rick Strassman was the first scientist since the sixties to obtain all the necessary authorizations to study the effects of DMT in humans in the United States. His book, DMT, The Spirit Molecule, has inspired a new wave of research with psychedelics such as MDMA, psilocybin and even the controversial LSD-25.

Timothy Leary compares LSD to a hyper-powerful microscope which allows us to target and see precisely certain parts of our psyche. Boldness, intuition, precision and rigor are assets when using this type of psychedelic. We must be ready to explore new territories and assume responsibility. What we discover may be unintelligible to the dominant majority and it is difficult to corroborate our discoveries with historical ones, as those arose completely out of our normal context. Western culture makes it difficult to exchange and share on this subject, because deciding to use synthetic drugs remains a private and personal experience. Great intellectual velocity is an a priori necessity.

Psychedelic therapy will soon be a common and recognized phenomenon. It refers to a therapeutic practice assisted by the use of psychedelics, especially LSD, DMT, and MDMA, which can facilitate beneficial explorations of the psyche. The therapist or psychologist, like the shaman, can help the individual better integrate the experience and its symbols. Psychedelic therapy, especially in the United States, consists in preparing the subject before a single large dose of LSD is administered. This experience aims to trigger a shock that is then used as a departure point for restructuring the personality. The first clinic to base its therapy on the administration of LSD opened in the U.S. in 1952. Alfred Hubbard used it most notably for the treatment of depression and alcoholism. Studies are currently taking place on MDMA-assisted psychotherapy in the United States, Switzerland and Israel, all sponsored by the Multidisciplinary Association for Psychedelic Studies (MAPS).

The use of synthetic drugs also eliminates the nausea and vomiting common with the use of organic psychedelics. In addition, the majority of synthetic drugs only require a small amount to produce their full psychedelic effect. For example, LSD is odorless, colorless and 300 micrograms are sufficient to cause a powerful visionary experience. Similarly, a small easy-to-swallow capsule of synthesized psilocybin contained in the mushroom Stropharia cubensis is equivalent to a massive dose of the same dry mushroom. Aldous Huxley’s famous book, The Doors of Perception, was written following the ingestion of synthesized mescaline found naturally in peyote.

In short, the “synthetic” versus “natural” debate is trivial. There is no consensus and I hope there will be none any time soon. Choosing a side is limiting. These two categories belong to the same family and their effects are similar. So, it’s a matter of preference, desired objectives, context, etc. At a rave, for example, we are not likely to see young people swallow peyote and stumble around vomiting everywhere. It is equally unlikely to meet a shaman on acid in the heart of the Amazon jungle.

The lesson is this: follow your predilection and your own desires because deep inside you there is an absolute knowledge that guides each of your steps on the path of the truth.