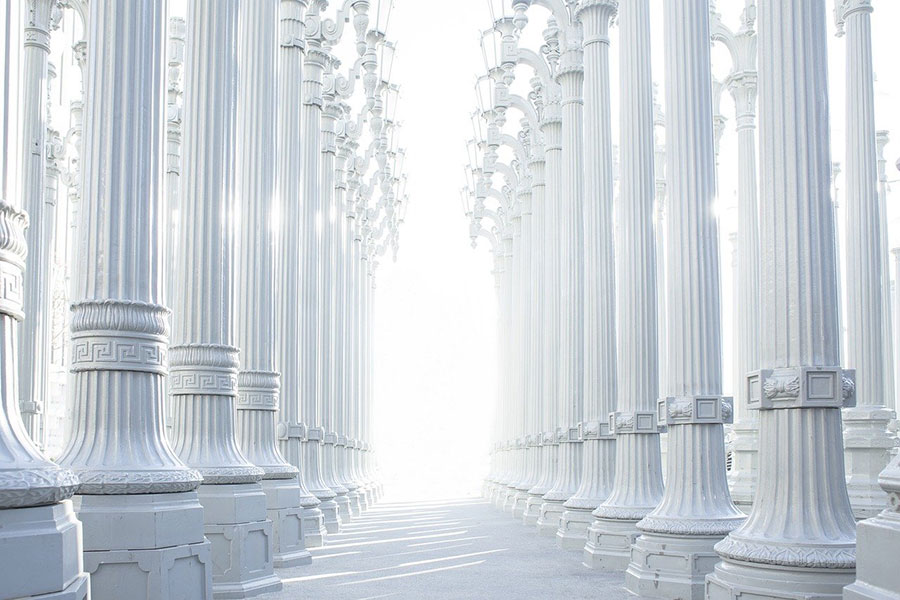 The clear light is the absolute experience everyone experiences at one time or another. It prepares us for the dying process while also making us more alive by familiarizing us with a fundamental state of being. The more often we have this experience, the better able we are to recognize its true nature, since this white light is an ointment – lifting and proffering intimate knowledge of its very essence.

When I sense it close, I turn off my mind and orient myself directly toward this bright light that is nowhere and everywhere, being that it is what I Am. Source of my entire being made of pure energy, the closer I come to it the more intense my ecstasy. Eyes open or closed, I see only this white light that fills all space, floods me, makes me sublime. It is the one spoken of by those who die or have near-death experiences. It is also perceived by realized beings, who are in permanent communion with it.

I had my first contact with the clear light during a psychedelic experience induced by the San Pedro cactus. I had just read The Psychedelic Experience by Timothy Leary, Richard Alpert and Ralph Metzner which made the experience intelligible and allowed me to let myself flow confidently while remembering this passage: “The conscious recognition of the clear light induces an ecstatic state of consciousness comparable to what saints and Western mystics called enlightenment.” A high dose of LSD can project us directly into the white light, where we can stay a while before returning gradually to consensus reality. This process is similar to the experience of the Bardo described in the Tibetan Book of the Dead. But the quality and effectiveness of the experience depend on the concentration abilities and preparedness of the psychonaut (or the person dying). Because it is so close to a state of non-duality it is difficult for most to remember it, as they rather focus on the symbolic dimensions that generally follow the experience of the clear light and surreptitiously distance them from the experience. By disabling the mind, however, one can stay immersed longer. In this sense, someone who practices meditation will have a better chance to taste this experience because he has learned to calm his mind through daily practice, enabling him to distinguish the subtlest phenomena of consciousness. He is no longer submitted to jostling images in his consciousness and can therefore focus on the experience without trying to rationalize it.

Seeking a way to taste this experience without drugs, I read Namkhai Norbu’s book Dream Yoga and the Practice of Natural Light. He presents a meditation technique of visualization and breathing during sleep which allows you to experience the clear light. On the the first night I used this method, I was bombarded with waves of white light. Beginner’s mind certainly played in my favor, because I had to practice methodically several months more to get similar results. This technique also brings greater clarity to dreams and allowed me to have several lucid dreams and sleep more consciously.

The clear light is the ultimate experience, its sublime beauty inspires me and delights me. If I see reflections in a dream,  I know I am close to the truth. I may be in a city when suddenly I see a glint of light on a wall or window. This is often enough to make me lucid. I then start to track this light. When I see a reflection I try to melt into it or dematerialize the wall to see the light directly. I may lose sight of it, or it disappears and reappears elsewhere, or a sun rises and I start again. This can last a long time without ever arriving at the source – but even a reflection of light is a blessing when I realize what is happening to me.

Jung believed that psychic reality may exist at a higher frequency than light and perhaps exceed its velocity. The “light,” then, would be the last observable stage of transition before the psyche transmutes the body and “derealizes” completely, to borrow Jung’s term. Conversely, the light would be the first manifestation of the psyche when, by reducing its energy, it is embodied in the space-time continuum.
– Marie-Louise von Franz, On Dreams and Death

White light is the last visible physical phenomenon before the non-dual state in which observer and observed become one. By absorbing ourselves in increasingly subtler levels of consciousness, we pass through all the states until we reach the speed of light. The clear light is the final limit we can attain and remember, because crossing it we become everything. Then come the infinite possibilities, a field of potential energy, pure consciousness, the primordial energy without form.

My ecstasies were accompanied by magnificent visions of rainbows similar to those seen in a pool of oil. Tibetan sacred paintings, thangkas, often portray symbols of the rainbow, either in the form of a halo around the deities, or escaping from them and undulating like a wave. The crystalline body acts as a prism when a ray of white light passes through it, refracting and reflecting it. That is why I am uplifted when I see rainbows, and when I realize I am this sublime beauty that sparkles in me I enter ecstasy.