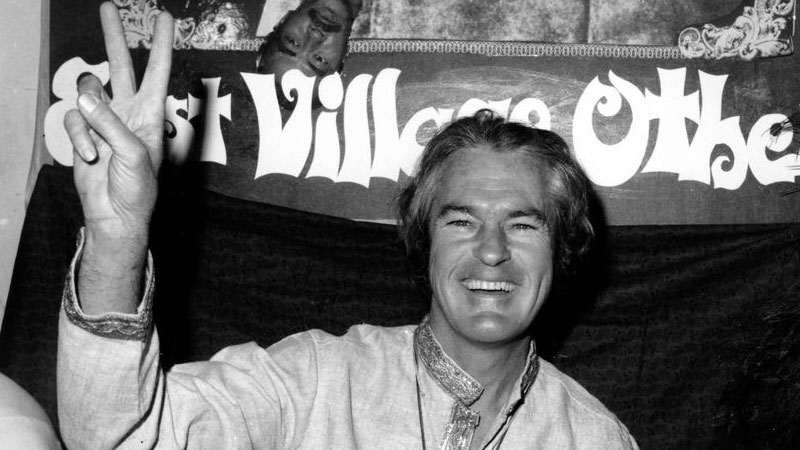 Superior minds are not indulgent. Do not expect any gratitude from them. Help them… and mind your own business. A genius is testy, touchy, often unstable, anarchic, discontent… but he creates.
– André Moreau

The Intelligence Agents are exceptional beings who question the beliefs systems and conventions of their time. They question authority and think for themselves. These great teachers are boulders heaved at the walls of civilization. They radiate light that is too often missing in materialistic society. These mavericks of the first order refuse to comply with the commonplace, they are prepared to die for the truth.

Those who resonate with my way of thinking will want to know the Agents of Intelligence who permeated my thought, shaped it, and, in some cases were active in its nascence. In this chapter I focus on those who had a major impact on the map of reality I drew for myself. Through their wisdom, boldness, creativity and intelligence, these teachers guided me during my experiments with psychedelics… and consciousness.

The three main pillars supporting my thought are Timothy Leary, Ken Wilber and André Moreau. These comprise the sacred trinity of my personal pantheon. Between them they create a subtle balance that helps me stay sound of mind and understand myself. Other beings of exception who add flavor and subtle shading to my thinking include: John Lilly, Terence McKenna, Alexander and Ann Shulgin, Carlos Castaneda, Alex Grey and Stanislav Grof.

I will content myself with giving my strongest personal feelings about each of them. This list is not exhaustive, several other notable thinkers accompanied me on the path of truth. I omit them to keep this chapter brief and relevant.

Timothy Leary (1920-1996), whose nickname was the Pope of LSD, was an American psychologist, writer and activist who supported the scientific use of drugs. He is the most famous advocate of the therapeutic and spiritual benefits of LSD. In the sixties he invented and popularized the slogan “Turn on, tune in, drop out,” which became synonymous with protest and liberation.

My call to the outer spheres of psychedelia came from Timothy Leary. His book Flashbacks went off like a bomb in my head. I exploded with a liberating creative violence triggered by the long-awaited meeting with a man whose mind was of high enough velocity to stimulate mine. Timothy Leary was my spiritual midwife. He taught me to open the doors of perception, navigate intelligently in my psychedelic experiences, be God without complexes, not be afraid to be myself and assume the truth… at any price. I like his abandon, his journey, his ideas, his humor and his intelligence.

By the time I was twenty-eight, I had read most of his work. Tim became an intimate friend, a lighthouse in the spiritual darkness to which I was confined by my lack of tangible experiences. It was at that time, during my first true psychedelic experience on LSD, that I communed with him for a few hours. Tim imprinted himself on my being and I integrated him in my personality as a friend of my essence.

He was also by my side during my spiritual awakening. I had just read The Psychedelic Experience when Tim appeared to me in a trance induced by San Pedro cactus. I was in a state of receptivity, and there he was, his face superimposed on the sun, smiling at me and inviting me toward the light. I went to him and was overwhelmed by ecstasy. Later, I met him during another psychedelic experience in which he congratulated me on my explorations of subtle realms few humans had visited to date. I still meet him sometimes in dreams. When he comes to me as an energy being I know those moments are important. I feel so blessed.

I recently learned that Tim died on May 31, my date of birth. The moment I learned about this striking synchronicity, I heard him laugh in my head and say, “I knew you’d find out sooner or later, it is such an obvious detail.” Even today, this wink from Leary, and it was not the first, overwhelms me with an uncommon joy because a subtle link unites us in this life.

In pre-selected human beings, from each gene-pool, neural circuits have been activated (usually without their awareness) which are designed to fabricate future realities. Future gene-pools…. Those who are lucky enough to recognize their post-human genetic caste attain a level of great prescience and humorous insight. They understand that they are Time Travelers, literally walking around in past civilizations. A most entertaining and effective role to play. While they have little power to change the ripples of history or the waves of evolution they can surf them with increasing skill. Such evolutionary agents are best described as OUT-CASTES. They are cast out, thrown forward, pushed up, above and beyond, contemporary hive realities.
– Timothy Leary, The Intelligence Agents

Ken Wilber (born January 31, 1949) is an American writer and spiritualist. He has written on psychology, epistemology, the history of ideas, sociology, mysticism, ecology and evolution. His work attempts to formulate what he refers to as an “integral theory of consciousness,” and made him one of the deans of what is known as “integral theory.” He founded at the turn of the millennium the Integral Institute.

Ken Wilber does not advocate the use of psychedelics as such. He opts instead for Buddhist practice with an emphasis on meditation.

After my spiritual awakening, I had many questions that no one in my entourage could answer. That is when I discovered transpersonal psychology, of which Wilber was a prominent figure in the eighties. I read his work with passion, which led me to the concept of integral philosophy. The overwhelming impact of psychedelics combined with any serious spiritual practice can easily uproot us if we have not established a practice in our life that takes into account all levels of being – body, mind, soul, spirit: this is what Wilber calls the integral practice. So I set out to incorporate into my life various activities and exercises that allowed me to experiment more deeply with psychedelics while maintaining my lucidity and my connection with my physical body and social reality. As such, Wilber’s map of the levels of consciousness still serves me today to better understand my experiences and clarify them.

André Moreau was born in Montreal on February 8, 1941. He received a PhD in philosophy from the Sorbonne in 1966, and conducts post-doctoral research in epistemology with an emphasis on sexology. He published his first book in 1969 and created a philosophical system, Jovialism, based on a monistic, immaterialist and immanentist worldview. He founded the Jovialist Movement on December 14, 1970. His complete work consists of one hundred books of which over seventy have been published to date.

After six years of intensive psychedelic experimentation and animation of discussion groups, I began to go around in circles intellectually for lack of finding stimulating interlocutors. I isolated myself from my contemporaries to a  dangerous degree. I had to renew myself at all costs, find my chosen family. I had tried to found the Psychedelic Community of Montreal, but without a solid philosophical foundation and support I could not create a tangible movement. I clearly sensed that I would soon meet a teacher, and all I had to do was wait and be attentive. Just when I was about to lose my footing, some Jovialists began to attend my group discussion. They spoke to me of André Moreau and one of them introduced us. And so it came to pass that an Intelligence Agent in flesh and blood manifested himself to me with an owner’s manual and a brilliant philosophical vocabulary that was consistent with my personal beliefs. André Moreau appeared like a raging hurricane in my life, confirming the adage that when the student is ready, the teacher appears. Shortly afterwards, André came to me in a dream to tell me he was going to be my professor of philosophy and I accepted with pleasure.

Before meeting André, I had found no pertinent Francophone authors in the field of psychedelics and consciousness, leading me to dive headlong into Anglo-Saxon culture to fill the gaps inherent in mine. So it was no small pleasure to learn that just twenty minutes from me lived a philosopher whose audacity and genius go something like this: “The truth is that I am the most advanced teacher the Earth has ever known. I’m not here to save what can be saved – that is no longer all that important. I am here to smash the machine. It would not surprise me to discover one day that not a single human being understood me from my birth to my death. We don’t understand lightning, we are subject to it.”

His work inspired an initiatory dream which prompted me to restart the Jovialist Movement, dormant for twenty years. In this dream, André, surrounded by a large crowd, wore a filthy, dented football helmet. I felt his disillusionment. He took off the helmet and handed it to me. I saw then that it contained a crystal skull made of light. The first thing I did was place the helmet on my head. The crowd surrounded me then and I moved away from André. They followed me. It was with this transfer of power that the Jovialist Movement was handed to me. I will never forget this initiatory dream, and because I took it very seriously, shortly afterwards I entered the state of the Grand Jovialist.

Being André Moreau’s student stimulates my strength, my enthusiasm, my intelligence… and my genius. I dedicate myself now to understand and live Jovialism at his side. He is able to help me live in a voluntarily conscious manner. He is the lucid witness of the phenomenal immensity of my being that threatens to engulf me at times, one of the few to truly understand who I am and What I Am.

The entheogens have done their work: they activated the subtle parts of my body and led me to take notice of them… now it’s time to play. I am learning to dream consciously, often consulting André, who is a dream master. I question him incessantly about Jovialism and I let myself be guided when necessary. Psychedelics were my teachers for a time and they led me to someone who can teach me to be. They offer us intuition – make ecstasy, enlightenment, and subtle and causal states of consciousness intelligible, but it remains for us to integrate and put them into action. Most people do not have a teacher…. Me? I consciously avoids detours.